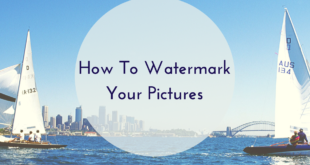 How To WaterMark Your Pics and Videos 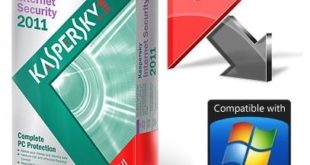 Recently my Anti-Virus subscription expired and i reviewed Kaspersky Internet Security 2011 and was pleased with it functionality.

In this giveaway, 3 Licenses of KIS 2011 will be randomly given away to subscribers of my blog, my twitter followers and my facebook fans.

Learn how to win a FREE License of KIS 2011 below.

I am testing out Kaspersky Internet Security on 3 different PC’s and will post my review soon. So far i am pleased with its use and great functionality.

This Giveaway is compliments of RamitNarang.com and Kaspersky Labs . This time we are giving away 3 Full One Year Licenses for Kaspersky Internet Security 2011 worth $59.95 each. The License key will upgrade a free trial version of KIS 2011 to a full paid version valid for 1 year.

Kaspersky Internet Security 2011 is the latest PC Protection tool from award winning Kaspersky Labs and protects you from a wide range of IT threats:

How to enter the Giveaway ?

One winner will be randomly selected by me using random.org from entries from all 3 medium of entry: my email subscribers, my twitter followers and my facebook fan page. So increase your chance of winning by entering in all 3 methods. Do remember that should you win on any one of the methods you cannot win from another entry medium, as it would not be fair to the rest. Winners will be notified via a post on this blog. You will have 7 days to claim your prize  following which you will forfeit your right to the prize and a 2nd random winner will be chosen.

NO PURCHASE NECESSARY TO ENTER, PLAY OR WIN. A PURCHASE WILL NOT IMPROVE YOUR CHANCES OF WINNING.

ELIGIBILITY: The RamitNarang and Kaspersky Internet Security 2011 Giveaway (the “Giveaway”) is open to applicants who are 18 years of age or older at the time of entry. Employees of RamitNarang.com, and their respective parent companies, affiliates, promotion and other vendor agencies involved in this Giveaway, as well as the immediate family members (spouse, parents, siblings and children) and household members of each such employee, are not eligible. Void where prohibited or restricted by law. Giveaway is subject to all applicable federal, state, and local laws regulations. Final decision will be of RamitNarang.com.

BY ENTERING THE GIVEAWAY, participants release and hold harmless Sponsor, and their respective parent companies, subsidiaries, affiliates, directors, officers, employees, and agents from any and all liability for any injuries, loss, or damage of any kind arising from or in connection with this Giveaway or any prize won, including any injuries, loss or damage of any kind arising from or in connection with participation in the Giveaway. Sponsor is not responsible for any typographical or other error in the printing of this offer, administration of the Giveaway or in the announcement of prizes. In the event Sponsor is prevented from continuing with this Giveaway, or the integrity and/or feasibility of the Giveaway is undermined by any event including but not limited to fire, flood, epidemic, earthquake, explosion, labor dispute or strike, act of God or public enemy, satellite or equipment failure, riot or civil disturbance, war (declared or undeclared), terrorist threat or activity, or any federal, state or local government law, order or regulation, order of any court or jurisdiction, or other cause not reasonably within Sponsor’s control (each a “Force Majeure” event or occurrence), Sponsor shall have the right, in its sole discretion, to abbreviate, modify, suspend, cancel, or terminate the Giveaway without further obligation and, if so, Sponsor reserves the right, but not the obligation, to award the prize from among all valid and eligible entries received up to the time of such Force Majeure event. All entries are the property of Sponsor and are not returnable.

RamitNarang.com will not be liable for any damage your PC may incur by installing or using Kaspersky Internet Security 2011. By participating in this giveaway you agree to all the terms and conditions mentioned above as well as any decision made by RamitNarang.com

DISCLAIMER: I received a free copy of Kaspersky Internet Security 2011 from Kaspersky Labs for review purposes. The giveaway prizes are also provided by Greg Sabey at Kaspersky Labs.

So what are you waiting for ? Get started, join this giveaway and protect your PC , feel free to share this giveaway with your friends and colleagues !

I’m Ramit a Local Search Expert, Digital Marketing Consultant working with small business to launch their Brands Online. Also do check out my Blog and sign up for my Free Weekly Marketing Newsletter
Powered by Ramit Narang Consulting
© Copyright 2023, All Rights Reserved